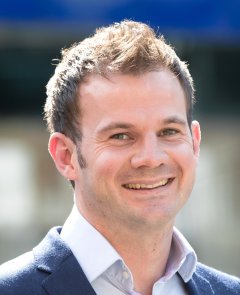 Alastair Donaldson is a Professor in the Department of Computing at Imperial College London, and a Senior Software Engineer at Google. At Imperial College he teaches first year object-oriented programming and leads the Multicore Programming research group. At Google he leads work on automated graphics driver testing, based on the GraphicsFuzz project he started at Imperial and spun out into the GraphicsFuzz Ltd. company, which Google acquired in 2018. He previously worked at the University of Oxford as a postdoctoral research fellow, and at Codeplay Software as a compiler developer. He did his PhD and undergraduate studies at the University of Glasgow.