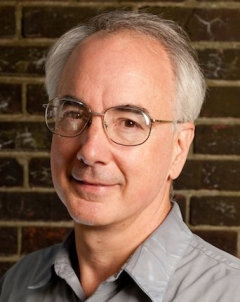 Dale Miller received his Ph.D. in Mathematics in 1983 from Carnegie Mellon University. He has been a professor at the University of Pennsylvania and Ecole Polytechnique (France) and Department Head in Computer Science and Engineering at Pennsylvania State University. He has held visiting positions at the universities of Aix-Marseille, Sienna, Genoa, Pisa, and Edinburgh. He is currently Director of Research at Inria-Saclay where he is the Scientific Leader of the Parsifal team.

Miller was a two-term editor-in-chief of the ACM Transactions on Computational Logic. He is a member of editorial board of the Journal of Automated Reasoning. In 2014 he was a PC chair for CSL and LICS. He was awarded an ERC Advanced Grant in 2011 and the LICS Test-of-Time awards in 2011 and 2014 for papers written in 1991 and 1994. Miller works on various topics in computational logic including proof theory, automated reasoning, logic programming, unification theory, operational semantics, and proof certificates.